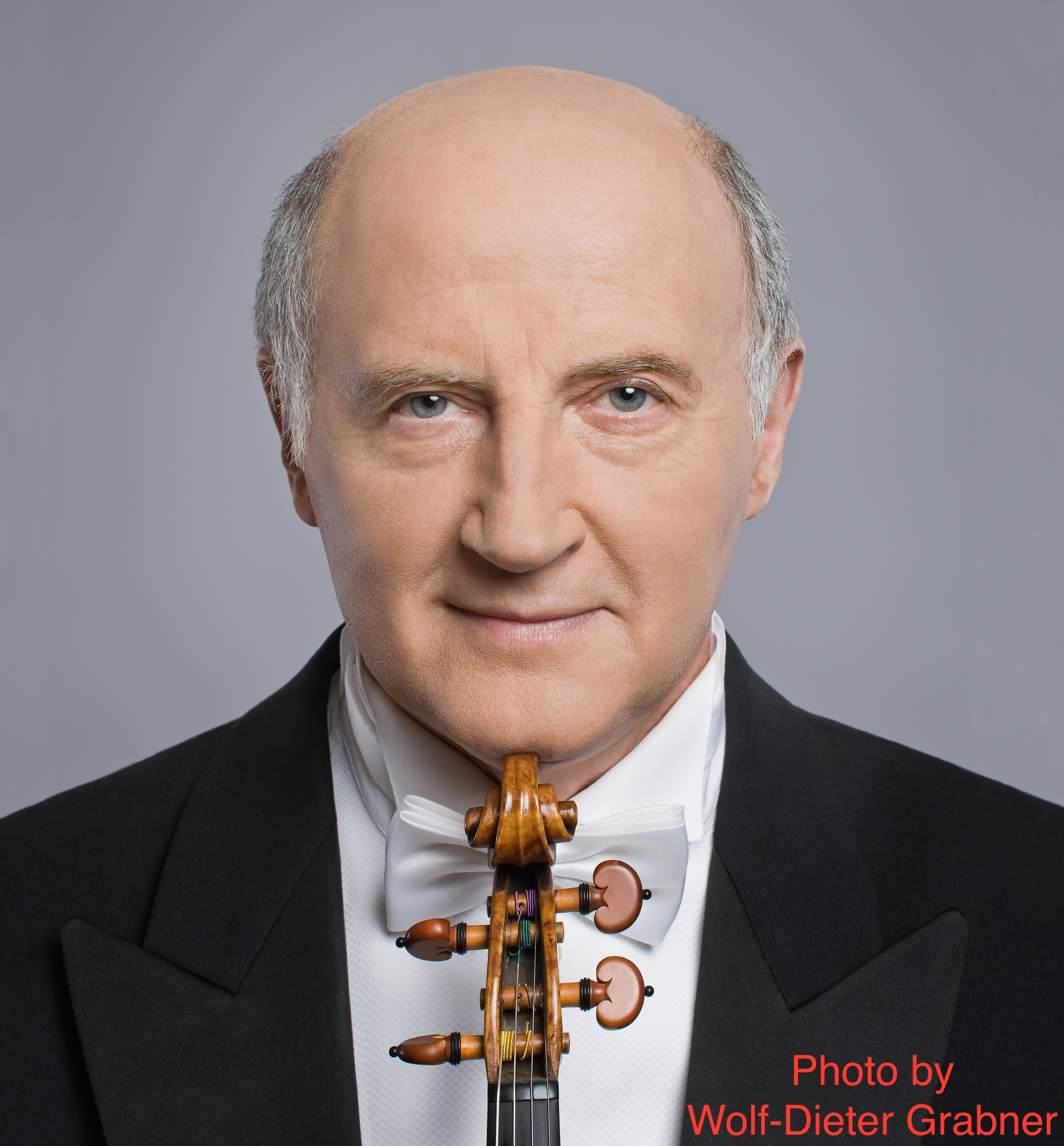 Boris Kuschnir was born into a music family in Kiev in 1948. He studied violin with Boris Belenky at the Moscow Tchaikovsky Conservatoire and chamber music with Valentin Berlinsky of the Borodin Quartet.

His many encounters with Dmitri Shostakovich (working on his last quartets) and David Oistrakh, with whom he also studied, had a lasting influence on his artistic development. His career started 1969 when he was one of the three winners of the Allunions-Competition in Leningrad where, in the final, he performed the Beethoven Violin Concerto with the Leningrad Symphony Orchestra under the baton of Yuri Temirkanov.

In addition to this he educated more than 40 laureates of national and international competitions, his pupils have been appointed Professors at Universities, playing in various chamber music ensembles and orchestras of the world – 6 of his students play at the Vienna Philharmonics.

In 1984 Boris Kuschnir founded the Wiener Schubert Trio which received many prestigious awards, among them the 1st Prize at the international Chamber Music Competition Sergio Lorenzi in Trieste, Italy with Sandor Vegh as president of the jury, the Mozart Interpretationspreis 1988 in Vienna and the Prize of the Ernst von Siemens Foundation1990. Boris Kuschnir played as a soloist and a chamber musician in some of the world’s most illustrious venues: Wiener Musikverein, Teatro alla Scala in Milan, La Fenice in Venice, the Wigmore Hall London, the Concertgebouw in Amsterdam, the Berlin Philharmonic Hall, the Théâtre des Champs-Elysées in Paris, as well as in the Hall of the Tchaikovsky Conservatoire Moscow, the Ishibashi Memorial Hall and the Suntory Hall in Tokyo. He has taken part in numerous festivals such as Salzburg Festival, Gidon Kremer’s Lockenhaus Festival, Vienna Festival, Besançon, Wahington, Spoleto, Naples, Stresa, Bregenz Festival, Mecklenburg-Vorpommen, December Evening (Swiatoslaw Richter Winterfestival)  –  Moscow, White Nights – St. Petersburg, Julian Rachlin & Friends Festival  –  Dubrovnik, Verbier Festival  –  Switzerland.

Both as soloist and chamber musician Boris Kuschnir made numerous recordings, notably the complete Mozart piano trios for EMI, which were released in the Mozart year 1991. In 1993 he founded the Vienna Brahms Trio which made their highly acclaimed debut at the Gidon Kremer’s Lockenhaus Festival in Austria. In 1996, the Trio won First Prize at the 9thInternational Chamber Music Competition in Illzach, France. Their recording of Schumann’s complete works for Piano trio was released on the Naxos label in 1999.

He was co-founder of the Kopelman Quartet in 2003 with which he is giving concerts all over the world since and has released CDs at Nimbus Records and Wigmore Hall Live.

1999 the Austrian President Dr. Thomas Klestil awarded Boris Kuschnir with the official title „Professor“. In 2008 the President of the Republic of Austria Dr. Heinz Fischer awarded Boris Kuschnir with the “Grand Decoration of Honour in Silver for Services to the Republic of Austria” and in 2013 with the “Austrian Cross of Honour for Science and the Arts, First Class”.

Boris Kuschnir plays a violin made by Antonio Stradivari – “La Rouse-Boughton” – made in Cremona, 1698. It was given to him as a loan in 1991 by the Austrian National Bank in recognition of his artistic performance and his service rendered to music.