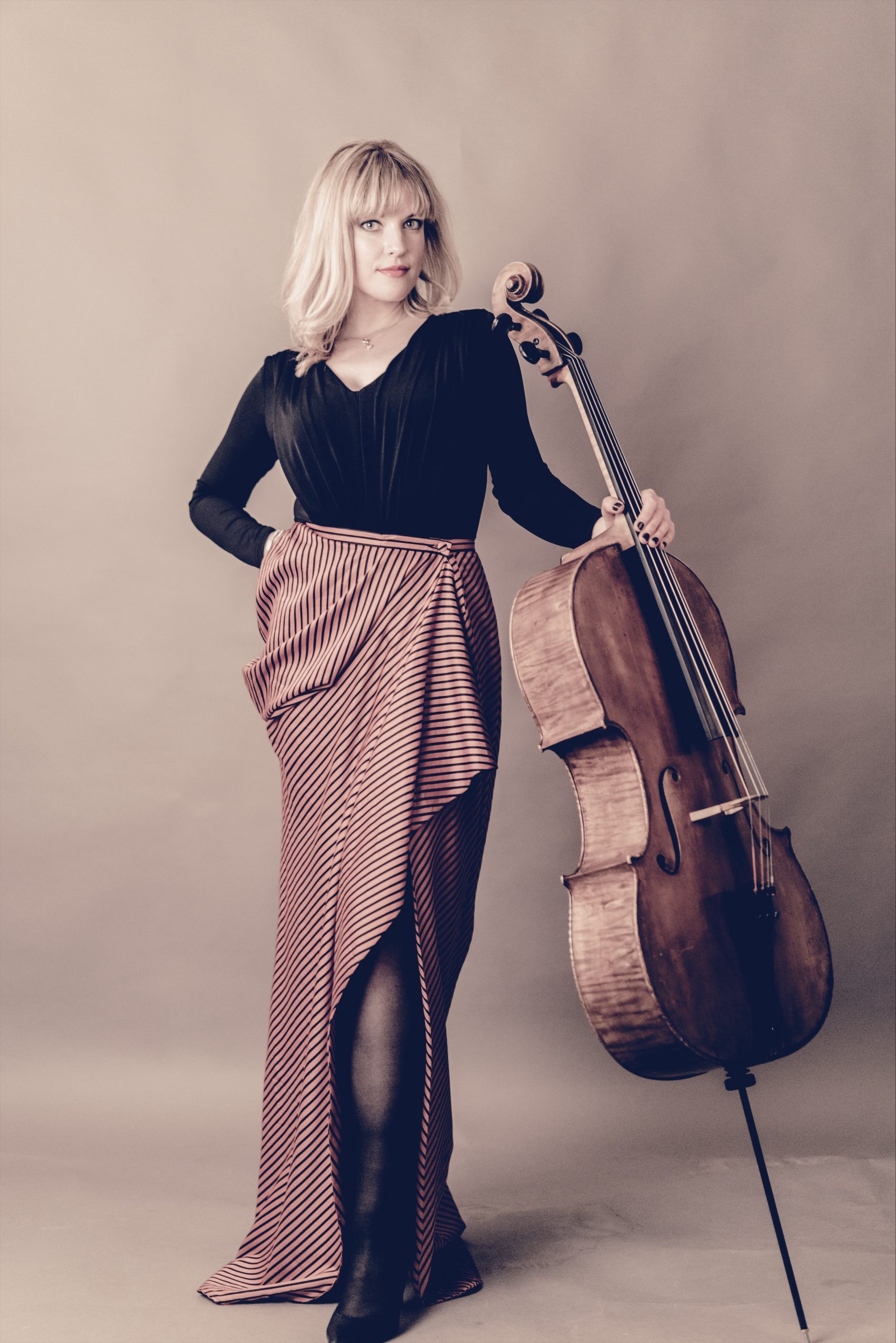 Ana Topalovic is a cellist without frontiers. Her repertoire ranges from solo pieces and chamber music to New Music and crossover with electronic sounds or dance. Inspired by the diversity of her instrument, she continues to develop as a composer of original works, exploring undiscovered musical interfaces, alternative ways of thinking and new art forms. These new ideas are embodied in her latest project MULTICELLO and her own festival Treff • Kunst bei Ana Topalovic in Vienna’s BRICK 5. Ana Topalovic has made a name for herself as an ‘all-rounder’ and is injecting new impulse into Vienna’s music scene.

Numerous collaborations with renowned 21st century composers have come about as a result of her intensive involvement with contemporary music. These have included Thomas Larcher, Friedrich Cerha, Johanna Doderer, Gabriele Proy, Giya Kancheli, Rene Clemencic, Georg Friedrich Haas, Aleksandar Sedlar, Helmut Schmidinger and Gerald Resch. Ana received many compositions dedicated to her which she includes regularly in her repertoire: “Violoncello Solo” by Johanna Doderer, concert for cello and orchestra by Lucio Bruno-Videla, World Concert for cello and mixed ensemble by Oliver Ostermann to name a few.

In January 2019, Ana premiered “Die Tochter des Mondes” by Aleksandar Sedlar for cello and orchestra (written for her for this occasion) in the Golden Hall of Vienna’s Musikverein with Maestro Ilmar Lapinsch and Irkutsk Symphony Orchestra.

Ana Topalovic has been featured on a number of CDs including Mosaique (Vienna, 2014), Bjarnat Krawc Kammermusik (Berlin, 2012), Sonic Screens (Rome, 2012), as well as her solo production CELLIPHONIA (Rome, 2015) and the DVD Rojotango Live (Sony, 2013): all have proved great successes. Her most recent album Inspired by Songs and Dances (Vienna, 2016) as Duo ARCORD received most positive reviews.

Ana manages her own Cello-Studio, gives master-classes (Razumovsky Academy for gifted students, Vienna) and tutors students across the world via the online music school VIENNA CELLO MASTERCLASS, of which she is a founder. Ana Topalovic is also on the panel of the CIMA Vienna, IBLA Grand Prize in Sicily and the Muzicko Prolece in Serbia. In 2016 Ana was appointed honorary guest professor at “Jose Hernandez” Institute in Buenos Aires, Argentina.
She is an expert on extended techniques on cello for which she developed her own method.
Ana also regularly performs in children’s concerts (Mozarthaus Vienna – Jeunesse Austria, Vienna Musikverein

Ana Topalovic was born in Belgrade, Serbia in 1981 and has lived in Vienna since 1999. She began her cello and piano studies very early on and was accepted at the age of 17 into the Conservatory of Vienna, where she studied performance under Jontscho Bayrov. Maria Kliegel supervised Ana’s studies at the Music University in Cologne, and in 2011 she completed her Masters degree as well as degree in music education at the Vienna’s Conservatory under Martin Hornstein and Lilia Schulz-Bayrova.

One year later she was awarded Grand Prize at the 20th IBLA Grand Prize Competition in Ragusa, Italy, where she also won the special prize for her interpretation of P. Vasks Das Buch. Her first US tour and debut in Carnegie Hall followed shortly after. Sound Word Sight magazine described her playing as
“…exceptional and … beautiful!“

Ana Topalovic plays a cello made by R. and A. Gagliano in 1815, generously loaned by a private sponsor. Other sponsors include Thomastik-Infeld Vienna and Österreichische Musikfonds.