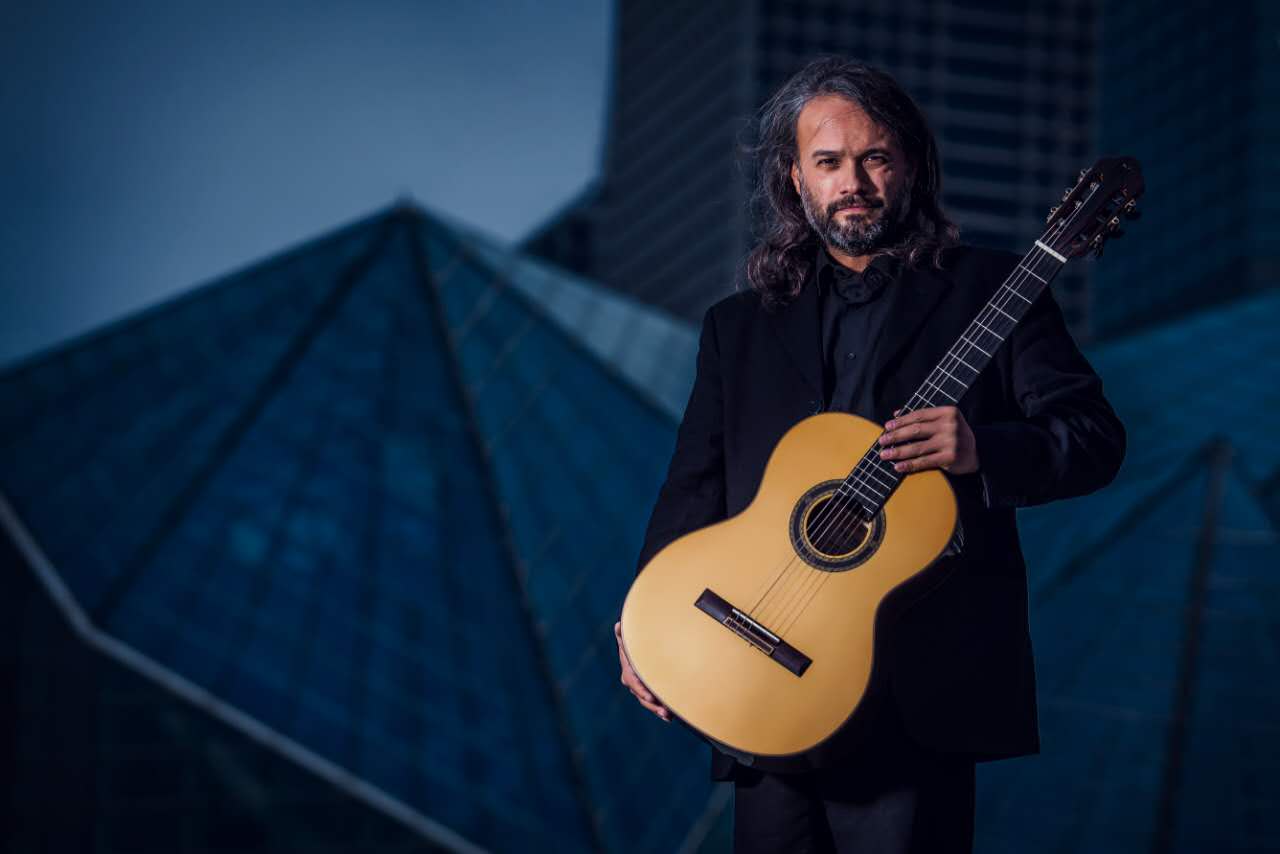 “Gabriel Guillén is one of the ten best guitarists in the world on stage today”. Russell Cleveland – Chairman of the Guitar Advisory Council of the University of Texas at Dallas

One of the most prominent guitar teachers working in Austria, Gabriel Guillén was born in Maracay, Venezuela. He studied in South America with the teacher José Gregorio Guanchez and his tutor Mario Vidalin. In 1987 he was the winner of the third prize at the Antonio Lauro Competition and the first prize from Rotary International. During this time he actively participated in the masterclasses given by Abel Carlevaro, Rafael Benatar and Bartolomé Díaz. In 1988 Gabriel Guillén moved to Vienna, Austria, studying with Prof. Walter Würdinger and in Zurich, Switzerland with Prof. Konrad Ragossnig. Guillén offered critically acclaimed concerts in Europe, South America, the United States and Japan. Gabriel Guillén received the “Award of Merit” from the Government of Austria, the Kery Award, the Artinger Award, the “Friend of Venezuela” award from the Venezuela Postiva Foundation and the “Honor Award” from the Rotary Club Caracas-Ávila.
Internationally acclaimed artist Gabriel Guillen records for Philips, Universal Records, and Record.v4m. He teaches at the Joseph Haydn Konservatorium in Eisenstadt and the Richard Wagner Konservatorium in Vienna, Austria and has given master classes and concerts in more than 48 countries around the world. It has a large number of students in Austria, where it is in high demand. He is artistic director of the RUST International Guitar Festival in Rust since 1998 and at the Musikverein in Vienna, Austria since 2018.
According to great guitar masters such as Costas Cotsiolis, among others, Gabriel Guillen is the main figure of the Venezuelan guitar of his generation.