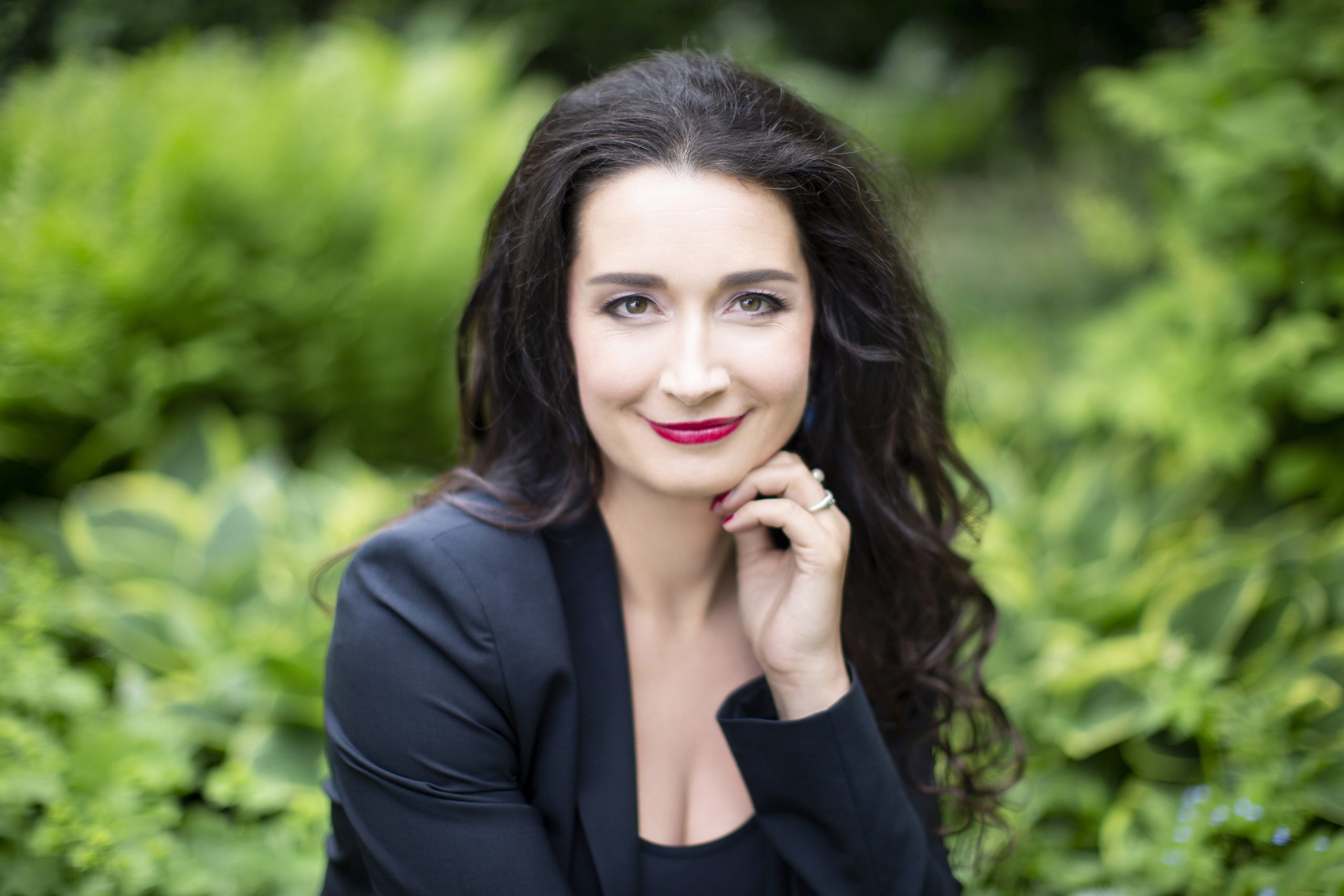 Eva Maria Riedl has been on stage since high school and completed her training at the University of Music and Performing Arts Vienna with Prof. Helena Lazarska, Charles Spencer and Reto Nickler. In 2006 she finished her studies in vocal pedagogy with distinction, which she had taken on parallel to her classical singing studies (music theater and song/oratorio, both also passed with distinction). While studying, she took acting and dance lessons and deepened her vocal knowledge in master classes with Prof. Claudia Visca, KS Brigitte Fassbaender, KS Christa Ludwig, Kurt Equiluz and Paul Esswood. She was awarded the MDW Prize for her exceptional achievements and was a prizewinner in various international competitions.

Immediately after completing her diploma, Eva Maria was engaged by the renowned KS Brigitte Fassbaender at Landestheater Tirol who became her most important mentor.
As a result of this contract and her work as a soloist at the Vienna Volksoper, covering the Vienna State Opera, she was able to develop a large mezzo-soprano repertoire under professional guidance.

She spent the last few years abroad, where she expanded her network and knowledge with experienced colleagues and teachers from the Italian Belcanto School (Jack LiVigni, K.M.Fredriksson).
While at home in Vienna she was coached for her performances by Prof. Claudia Visca and Prof. Melba Ramos. On the initiative of her students, she launched her own singing studio “ArtMeUp” in Stockholm in 2018 and acquired coaching expertise and certification in the field of neurobiological research.

Eva Maria Riedl was a permanent member of the Austrian Federal Theatre ensemble for many years and has worked as a freelancer in recent years. In combination with her many years of stage experience both in opera and concert, she has a broad knowledge of the technical and musical possibilities as well as the challenges of the singers’ profession. She sees her responsibility as a singing teacher also as a mentor and coach and has a large network that she can fall back on, interact and ask for advice if needed. Using her newfound and extensive knowledge of the mind/body connection, she now helps friends working in management and arts with their fears and obstacles before having important meetings or performances.

Passing on her experience is an integral part of what she does, and as such, Eva Maria Riedl regularly had between 7 and 14 students during her studies, some of whom have become professional singers themselves and/or are already teaching at renowned music schools and conservatories. In order to optimally develop herself further in this direction, she attended lectures by speech therapists, phoniatrists and took part in workshops with holistic body therapists, she also completed the advanced course “Breath, voice and movement“ education at her Alma mater MDW.In her career she has been singing concerts and recitals in addition to her opera engagements, both in Austria and internationally and she continued to teach some of her students, gave lectures and organized workshops regularly.